Go green and get moving: community connectivity in action

With human and planetary health under increasing stresses, urban planners need to create more comprehensive theories and tools for action to support city resilience and the wellbeing of citizens – but it’s vital to learn from history and the consequences of earlier thinking. So said Mark W Johnson, a landscape architect and founding principal of Civitas, in a stirring keynote at the Healthy City Design 2019 congress.

Johnson described how examples of utopian thinking can sometimes become twisted over time with unfortunate consequences. He began by heading back to the mid 19th century, and the London cholera outbreak of 1854, which emanated from Soho. Dismissing suggestions from doctors that there was something in the air called the ether that was making people sick, Dr John Snow traced the problem to the Broad Street pump, which was known for delivering “the sweetest water in the city”. Taking samples from the pump and examining these under a microscope, he discovered bacteria in the water. According to Johnson, this “set off a revolution in public health and urban planning to separate the agent or pathogen from the host”.

The city as a function of technology

Moving forward a few years to the United States, Johnson outlined the work of renowned landscape architect Frederick Law Olmsted, who created the design for a city called Riverside, outside of Chicago. His notion was that if people were getting sick in the city, they should be moved out to green wards. However, it was only the wealthy who  benefited from this planning approach, while apartments for poorer people were planned along the railroad, so they would end up breathing in the smoke from the passing trains.

“It’s this very thinking, in 1871, that established the notion in urban planning that people should be separated not just from things that made them sick but from each other,” he explained. “This is the beginning of zoning that created so many problems that we live with today: the idea that the city is a function of technology.” 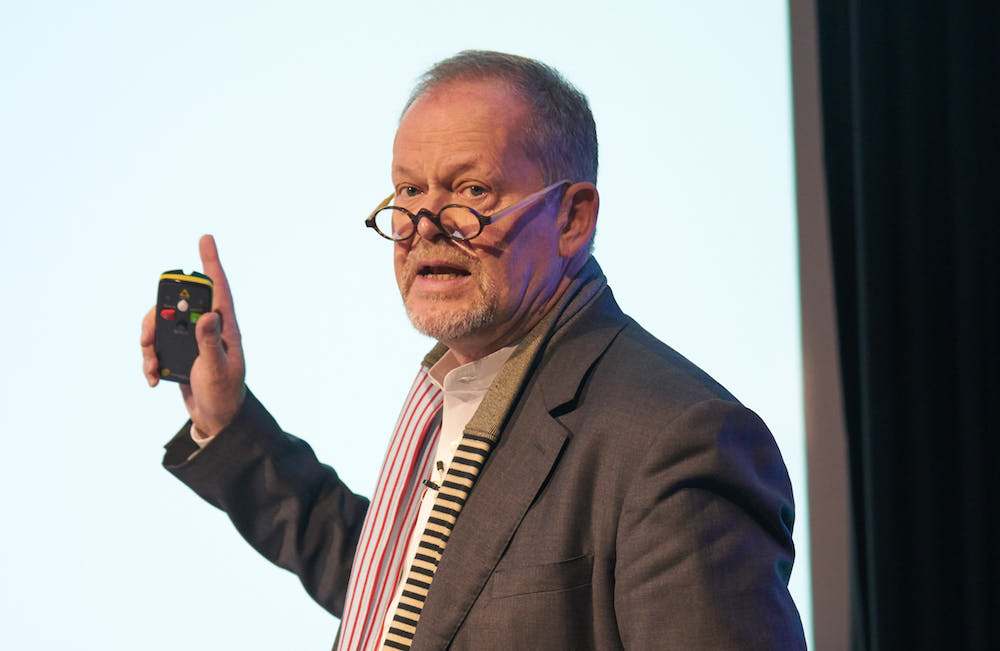 Returning to England in the late 19th century, Johnson argued that Ebenezer Howard’s Garden City design, whereby rolling green belts would separate housing from industry and combine the best of the city and the countryside, with people connected together by canals and other routes, became distorted. One such example was Le Corbusier’s Villes Radieuse, which he described as “the idea that technology connects people, not people to people” and “the advent of building the entire world around the car”.

Bringing the discussion back to the modern day, Johnson detailed three projects that embrace several principles of healthy communities, including those championed by the US Centers for Disease Control and Prevention: increasing physical activity; reducing injury; improving access to healthy food; improving access to clean air and water; reducing mental health stress; strengthening the social fabric; providing fair access to jobs; and minimising the impact from changing climate.

Founded by US actress and songwriter Bette Midler, the New York Restoration Project (NYRP) is a non-profit organisation driven by the idea that all New Yorkers deserve beautiful, high-quality public space within ready walking distance of their homes. The project is not simply about restoring greenness in the city but about restoring the dignity and health of its communities.

As part of this project, Mott Haven in the South Bronx is the focus of work to implement physical changes that impacts health, wellbeing and safety.

With 15,000 people living in the area, Mott Haven is considered the worst place for asthma in the city. It has the highest mortality rate in the state, one of the highest rates of vulnerable populations, and highest rates of heart attacks and pedestrian injury. Forty-five per cent live in poverty, 71 per cent are obese, and crime rates are at excessive levels.

In preparing a plan for change in the area, studies showed community participation is integral to success, while it was decided, too, that connected circuit of trails and park spaces would increase the amount of time people spend outdoors, and therefore their physical activity levels.

The team considered a study of the city of New York that showed that areas with at least 50-per-cent tree canopy had significant reduction in obesity, heart disease and other disease factors. Another eye-opening study found that parks of more than six acres have significant health benefits for asthma, diabetes, and body-mass index, yet parks less than six acres in size had a negative correlation with health. The reason for this, said Johnson, is that poorer parts of the city tend to feature parks with more pavement and a lack of green space. People who go to these parks are often younger than 18, with children and younger people more vulnerable to the dirty air from nearby traffic.

Collating all this evidence, the theory for change for Mott Haven was built on the idea that the motivation for people was to get to waterfront, as this was the most relaxing place with the best air quality. To deliver on this theory, the decision was made to create a loop that connects people to the water in a continuous way so they will return.

Another project discussed by Johnson was the Denver 5280 with the Downtown Denver Partnership. In its continued ambition to keep the area connected, active and growing, the organisation posed the idea of creating a loop around the central city to bring five neighbourhoods together with the downtown into a more cohesive and vibrant city core. The masterplan helped define this concept to improve community connectivity, encourage healthy living and recreation, and create a more green and resilient city.

Lastly, Johnson described the St Patrick’s Island project in Calgary, Canada – an area that had become impoverished, becoming a site of homelessness, drugs and crimes. The Calgary Municipal Land Corporation invited the public to help create a masterplan for the island to be restored as a paragon of biophilic design. Civitas was brought in to help create an active, nature-based park on the island for residents of the growing downtown and nearby populations.

Again, the proposal was to divide the island into parts to create connecting loops, with many places to visit and things to see, thereby distributing people across the island.

Analysis revealed that development, bank armouring, compaction, roads and other features had destroyed the island’s natural ecological processes and left it nearly barren. The design solution restores a functional breach and wetland, using those excavations to create a 10-metre-high mound that provides a sense of prospect upriver and to downtown. It also enables people in East Village to see the activities on the island and encourage them to cross a newly installed bridge to enjoy the park.

“People said it would be impossible to get this done,” said Johnson, “because we were creating deep, heavy construction in the middle of the flood way, entirely against environmental regulations and flood protection regulations, [but we did it] because so many environmental and social benefits resulted from it.”

Organised by SALUS Global Knowledge Exchange in collaboration with The Helen Hamlyn Centre for Design, Royal College of Art, the Healthy City Design 2020 International Congress & Exhibition will be held at the Royal College of Physicians, London, on 12–13 October, 2020.